Nigeria has launched new banknotes today in an effort to fight counterfeiting and the financing of Islamist groups.

Nigerian president Muhammadu Buhari on Wednesday said the new naira bank notes would help to control liquidity in an economy where most money is held outside the bank.

The 200 (5 U.S. cents), 500 ($1.10) and 1,000 naira ($2.20) notes are the ones being replaced. The redesigned notes which are produced in Nigeria by the Nigeria Security Printing and Minting have new security features, the president said during the introduction of the new notes at the presidential Villa.

The notes would drive financial inclusion and economic growth, said Godwin Emefiele, governor of the Central Bank of Nigeria.

Despite the authorities stated objectives, experts are skeptical about such results in a country that has battled chronic corruption for decades, with government officials regularly arrested for looting public funds that has caused more hardship for the many struggling with poverty.

Experts believe that for the issuance of new bank notes to yield the expected results, the implementation of institutional reforms is necessary.

With inflation at a 17-year high of 21.09% that is driven by soaring food prices, Emefiele said the new notes "will bring the hoarded currencies back into the banking system" and help the central bank regain control of the money being used in the country.

According to him, more than 80% of the 3.2 trillion naira ($7.2 billion) in circulation in Nigeria are outside the vaults of commercial banks and in private hands.

The central bank of Nigeria is reported to announce plans of issuing the new notes to the public from December 15, 2022.

Members of the public have till January 31, 2023, to hand in their old notes. 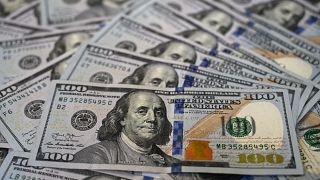 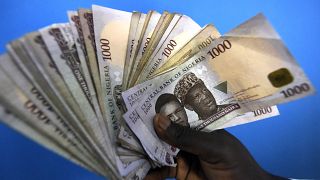