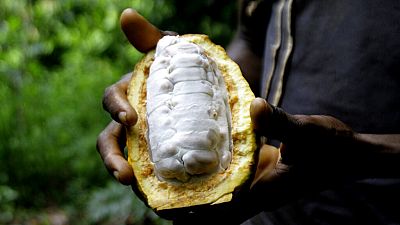 Ivory Coast and Ghana, the world's two largest cocoa producers, noted Monday "efforts" by some manufacturers to better pay producers, after giving them an ultimatum earlier this month.

In a joint statement, the national cocoa management bodies of the two countries, as well as the Ivory Coast-Ghana Cocoa Initiative (CIGCI), created to guarantee a minimum income to farmers, "noted the efforts made by some companies and their willingness to find solutions together for a sustainable production of cocoa that places producers at the heart of this strategy.

They "encourage all manufacturers to take action and show that they sincerely believe in sustainable cocoa production".

For several weeks, Côte d'Ivoire and Ghana reproached the chocolate manufacturers for not paying the decent income differential (DRD), a premium of 400 dollars (390 euros) per ton, introduced in 2019 to ensure a decent income for farmers.

They had given the industry until November 20 to meet their commitments, threatening to "ban access to plantations to make crop forecasts" and "suspend sustainability programs.

These programs, aimed at fighting deforestation and child labor, allow manufacturers to claim that their chocolate is sustainably produced, a criterion often favored by consumers.

But Monday, the producer countries announced to continue discussions and the establishment of "a working group of experts" who will provide "recommendations by the end of the first quarter of 2023 to find sustainable solutions.

Questioned on the subject at a press conference, Ivorian Prime Minister Patrick Achi hoped that an "intelligent compromise" would be found.

"The solution is to process 100% of our cocoa" in Côte d'Ivoire, he continued. Currently, about a quarter of Ivorian cocoa is processed locally.

Ivory Coast's cocoa, which accounts for 45% of global production, accounts for 14% of the country's GDP and feeds 24% of the population of this country of about 27 million people.

Côte d'Ivoire is also considered a major regional destination for child trafficking from neighboring countries to work on its crops.

Many farm families still face persistent poverty on less than a dollar a day, a situation that is one of the factors contributing to child labor on cocoa farms.

But according to Matthias Lange, executive director of the International Cocoa Initiative (ICI), a Swiss foundation created by the chocolate industry to fight child labor, "a lot of progress has been made."

Mr. Lange praised the establishment of the Child Labor Monitoring and Remediation System (CLMS), "a mechanism that has reduced child labor by 35% in three years and has helped remove several tens of thousands of children from the plantations," he said. 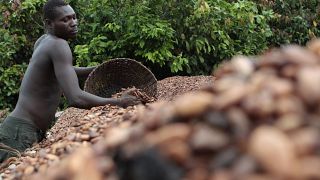