Polling stations closed in Equatorial Guinea on Sunday (Nov. 20), to begin the counting of the votes.

Millions of voters were expected to cast their ballots for the presidential, legislative and municipal elections.

According to some members of the voting centre, the day was calm and without incidents, with high participation of people in the elections, while the opposition has suggested voting irregularities.

A member of the Independent National Electoral Commission described a calm election day.

"In all the polling stations, we did not find too many anomalies, people voted normally", Antonio Ndong said.

"The small disturbances are because of the lack of communication between the instructors and the members of the polling station. So there was not much that we can find that could have stopped the voting. Everything went normally."

Opposition candidate Andres Esono told journalists that his party had been receiving complaints all day from across the Central African nation, with many voters saying they were forced to cast ballots publicly rather than in secret.

Esono was one of only two candidates running against Obiang in Sunday's election.

The other was Buenaventura Monsuy Asumu, from the Social Democrat Coalition Party, that in the past was an ally of the government.

President Teodoro Obiang Nguema Mbasogo has never received less than 90% of the vote in his 43-year tenure.

Fourteen of the seventeen country's opposition parties joined an alliance with the PDGE (Democratic Party of Equatorial Guinea) whose candidate is Obiang, accused of leading an authoritarian regime that his critics have long accused of intimidation, torture and corruption.

The incumbent president expressed optimism about the election's outcome after voting alongside his wife, Constancia Mangue de Obiang.

The final results of the presidential, legislative and municipal elections that took place on Sunday are expected to be announced in the coming days.

Despite its oil and gas riches, Equatorial Guinea has a dramatic gap between its privileged ruling class and much of the population, which lives mainly on subsistence farming.

The Obiang family has long been accused of living in opulence and using money from state coffers to fund their lifestyle. 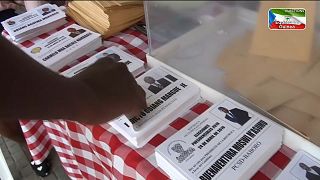 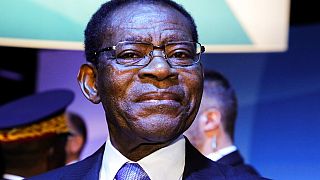