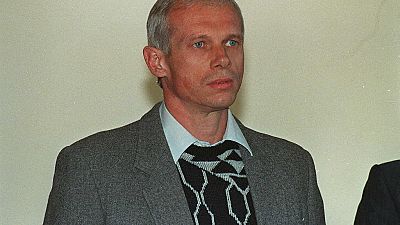 "The Ministry of Justice and Correctional Services is directed to place the applicant on parole," said Judge Raymond Zondo, president of the Constitutional Court, the country's highest court, in a televised hearing.

The release is expected within ten days.

Chris Hani, a communist leader and senior member of the armed wing of the ruling National Congress, was shot dead in his driveway on 10 April 1993 by Polish immigrant Janusz Walus, who had links to the white Afrikaner far right.

At the time, delicate negotiations with the white government for the country's first democratic elections were underway.

The assassination exacerbated racial tensions and provoked violent riots in the townships of South Africa shaken by the last tremors of the racist regime.

In a vibrant televised speech, Nelson Mandela called for calm.

Janusz Walus, now 69, is sentenced to death for murder. The death penalty was abolished with the advent of democracy in the country in 1994 and his sentence was changed to life imprisonment.

In 2016, a court had already granted him early release. But this decision, criticised by the historic ruling party, the ANC, was overturned the following year.

Janusz Walus has been eligible for parole for some 20 years. His previous applications were all rejected.

Chris Hani's death, in the Anti-Apartheid Heroes' Hall of Fame, is commemorated every year by the ANC. His family has always vehemently opposed the release of his killer.