For women in the small Kenyan town of Mwingi, donkeys have become an important means of creating economic empowerment.

Mwingi is partly semi-arid with less developed road networks compared to other regions in the country. Donkeys are therefore playing a great role in the transport sector and this is being spearheaded by women.

Animal support organisation Brooke East Africa and Catholic development group Caritas Kitui have been at the forefront of helping women maximise benefits from donkeys while ensuring the working animals are kept in good health.

Caritas beneficiary, Pricilla Mutheya, says: “I have used my donkey to sell water, firewood and sand.

“In a day, I make about five dollars but on a good day I can make up to 10 dollars. The proceeds enable me to get all my basic needs and also educate my children.”

Director of Caritas-Kitui, Florence Ndeti, believes her organisation has helped people to appreciate the donkeys more.

“Based on our observation, most of the donkeys were not being taken care of the right way,” says Ndeti.

“People were just taking them as beasts of burden, so we realised there was a gap and we decided to get into that and bring all the stakeholders that is donkey owners and users, larger community and also professionals to begin to appreciate the economic value of the donkey in the region and ensure that we promote their welfare in their daily operations.”

In the village, Josprinta Mwemdwa heads a group of women who pool resources from donkey proceeds to make economic milestones while promoting personal growth of members.

She says: “When I get a contract to supply water, I do call the women in my group so that we can get money to buy food and take care of our families.

“From the proceeds of the work, we do use our donkeys; we have been able to pool funds to pay school fees for our children.”

The number of women embracing the use of donkeys to facilitate transportation and income generation is on the increase with success stories being the motivating factor.

Project leader at Caritas, Ambrose Musyimi, says they have some ambitious targets.

As much as the donkeys are being used to economically empower the women, concerns have been raised by Caritas on the dwindling number of donkeys due to the setting up of a slaughterhouse in the region.

The concerned parties fear the revenue streams of the women will be interrupted as donkey theft is on the rise. 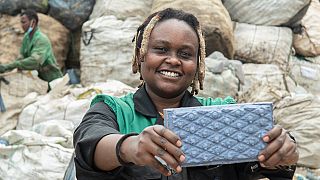