Côte d'Ivoire has announced the gradual withdrawal of its troops from the UN peacekeeping mission in Mali by August 2023, a decision that comes against a backdrop of diplomatic tensions between Abidjan and Bamako for several months.

"The rotation of the protection company based in Mopti as well as the deployment of staff officers and police officers planned for October and November 2022 respectively can no longer be carried out," the text continues.

The Ivorian army did not confirm to AFP on Tuesday whether these rotations had indeed already been interrupted.

Côte d'Ivoire also said that the soldiers and other elements present in the Minusma will not be relieved in August 2023.

No official reason is given for this withdrawal, but relations between Côte d'Ivoire and the UN have become considerably strained in recent months, particularly after the arrest of 49 Ivorian soldiers in Bamako last July.

After three releases, 46 of them are still being held in Mali; Bamako accuses them of being mercenaries, while Abidjan asserts that they were supposed to participate in the security of the German contingent of Blue Helmets in Mali.

The Ivorian announcement comes a day after Britain said it would withdraw its contingent "sooner than expected.

London mentioned in particular the rapprochement of the junta in power since 2020 with the paramilitary group Wagner, reputedly close to the Moscow regime.

Nearly 300 British soldiers are present in Mali since the end of 2020 as part of the deployment of the UN peace mission in the country launched in 2013 (Minusma), aimed in particular at stabilizing the security situation in the country.

Egypt had announced in mid-July the suspension of the participation of its 1,035 soldiers in the Minusma, which has more than 12,000 soldiers and 1,700 police.

Mali has been facing recurrent jihadist attacks since 2012 and is in the midst of a deep security and political crisis.

A landlocked country in the heart of the Sahel, it has been the scene of two military coups in August 2020 and May 2021, and is led by Colonel Assimi Goïta.

After pushing out the former French ally in early 2022, the junta has made several verbal attacks on the UNMISMA, whose mandate was renewed in June for one year.

On that occasion, Mali expressed "firm opposition" to the freedom of movement of peacekeepers to investigate possible human rights violations.

Regional actors are scheduled to meet next week in Ghana to coordinate their response to the instability in the Sahel. 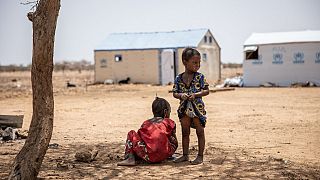