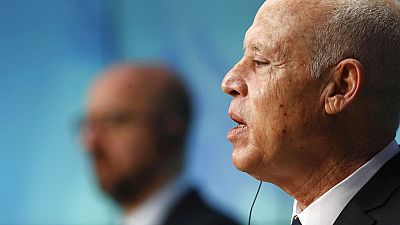 The European Union on Monday granted 100 million euros to Tunisia, a country in the midst of a political and financial crisis.

The EU support program "aims to support economic recovery efforts and to consolidate the progress already made in the distribution of social aid to needy citizens and businesses," said the EU delegation in Tunisia in a statement.

The first immediate disbursement of 40 million euros is granted to Tunisia under this program signed by the EU Ambassador to Tunisia, Marcus Cornaro, and the Minister of Economy and Planning, Samir Said.

The disbursement of the rest of the sum will be made "on the basis of effective progress in the implementation of structural reforms initiated by Tunisia," according to the statement.

"We want to support as best we can the economic recovery following the pandemic of COVID-19, and help Tunisian households that suffer the consequences of Russian aggression against Ukraine on energy and food prices," said Cornaro.

According to the statement, this gift "is part of the reforms agreed by Tunisia with the International Monetary Fund (IMF) for a future program.

Since the revolution of 2011, Tunisia has sunk into economic difficulties, aggravated by the Covid-19 pandemic, with growth at half-mast and very high unemployment.

Russia's invasion of Ukraine in February deepened the crisis in a country highly dependent on grain and fuel imports, two sectors where prices are soaring.

Suffocating from a debt exceeding 100% of GDP, Tunisia obtained in mid-October an agreement in principle from the IMF for a new loan of some two billion dollars to be disbursed in installments starting in December.

In return, the government has committed to reforms including a gradual lifting of state subsidies for basic products (food and energy) and a restructuring of state-owned companies that have a monopoly in many sectors. 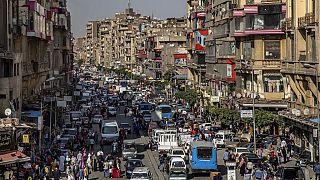