As the Kenya Airways pilots’ strike continues, the airline was forced to cancel 75 per cent of its flights on Monday leaving thousands of passengers stranded.

Members of the Kenya Pilots' Association began their industrial action on Saturday, despite a court suspension order, after it failed to reach an agreement in talks with management on better working conditions.

Their demands include the company lifting a suspension of payments to the staff provident fund and for salaries owed from the Covid-19 pandemic period to be paid.

The cancellation of flights by Africa’s second largest airline, is having a huge impact on travel across the continent. While some people have managed to find alternative flights, others have not been so lucky.

‘The government of Kenya is doing nothing about it to make sure that people go back to their homes. There are people who have work to do and now we are stuck here. Like four days, it's a long time,’ says South African, Martha Magumbu.

Others, like Ifebusola Shotunde, are disappointed as the alternative flights they have been offered have substantially increased their travel time.

‘I was supposed to go home today from Nairobi to Lagos, but due to the strike they have postponed our flight to 4:30 am tomorrow. Now I need to think about what I am going to do tonight and also the plans I made back at home,’ he says.

The strike is exacerbating the woes of the troubled national carrier which has been running at a loss for years, despite the government pumping in millions of dollars to keep it afloat.

It is also expected to have a negative impact on Kenya’s exports as the airline transports some 150 tonnes of fresh produce on average to Europe and the Middle East. 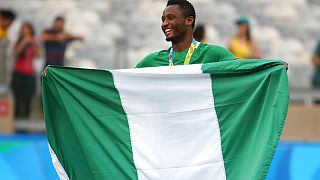