Seychelles President Wavel Ramkalawan praised on Monday the UN climate conference for including the key issue of "loss and damage" on its agenda.

"The loss and damage project agenda is one which is very important. Amongst the small island states, we are definitely pushing for that because we have two main items. One is MVI, the Multi Vulnerability Index, and loss and damage", he said at the UN climate talks in the Egyptian seaside resort of Sharm el Sheikh.

The idea that rich countries should financially support poorer states at the front lines of climate change effects, known as loss and damage, has been a central priority for island nations for the past 30 years.

Ramkalawan, whose country is a key member of the Alliance of Small Island States, called for more ocean protection and increased funding to boost the climate resilience of island and coastal states.

He also announced that from next year Seychelles will protect 100% of its mangrove forests and the seagrass meadows, which are vital for species generation and carbon capture.

President Ramkalawan was speaking at a key African side event on the Great Blue Wall that seeks to fast-track ocean action by boosting the livelihoods of coastal communities, supporting nature conservation, and enhancing a sustainable blue economy.

Speaking at the same event was Botswana President Mokgweetsi Masisi, who said that nations "are racing against time" to address adaptation to climate change.

"The question of whether adaptation is relevant or necessary has long gone past," Masisi said after a panel discussion about Africa's climate resiliency.

The President acknowledged the challenge to adapt to climate change while developing "our economies to be able to sustain the momentum of growth."

On the sidelines of the ongoing COP27 climate summit in Egypt, the presidents of the United Arab Emirates (UAE) and Egypt witnessed the signing of an agreement on Tuesday to develop one of the world's largest onshore wind projects in Egypt, according to an official statement on the Gulf nation's state news agency. 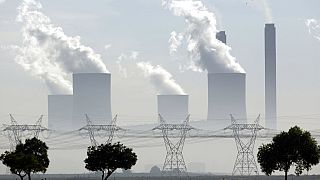 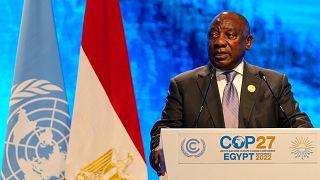 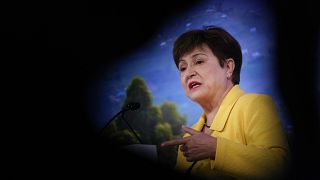