Environmentalists are outraged that the remains of the ancient hamlet of Luetzerath in western Germany will soon be demolished, along with a wind farm, to expand a nearby coal mine.

Kenyan environmentalist, Elizabeth Wathuti, visited Germany's Garzweiler coal mine with other activists last month ahead of COP27 and was horrified by the mining plans.

"I've been very overwhelmed to see what is happening right behind me," she said. "Because for me, this is what is killing people in my continent. This is what is devastating lives and livelihoods of frontline communities that are most affected by the climate crisis."

Wathuti described the United Nations conference as the "African COP" explaining that whatever is agreed there directly impacts millions of people on the continent; especially women.

"The current drought situation is affecting millions. And by millions, I mean over 2 million people specifically in north eastern areas are facing the climate-related situation.

"And across the Horn of Africa, we have over 20 million people. And mostly it's the women and the children that are on the front line. They're the ones that are greatly affected. They are the ones who have to walk for long distances without food and water. And also our ecosystems also have been greatly impacted."

She says she has little faith the leaders attending the summit will commit to any of the pledges made on environmental issues.

"It should be the African COP because the voices, the needs and the present priorities of the African continent actually are going to reflect in the outcome.

"But we are not seeing the kind of leadership. All we are seeing is leaders saying what they will do in international conferences, but then when they are off the stage, they do something different that is continuing to devastate communities."

COP27 is scheduled to take place in the Egyptian resort of Sharm El-Sheikh between the 6th and the 18th November. 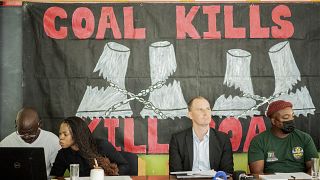 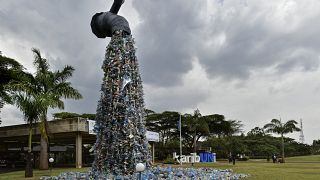