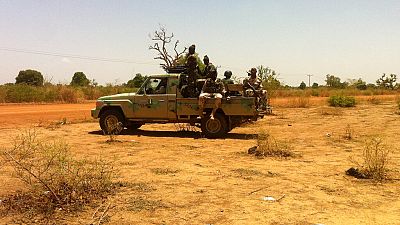 Police in Nigeria has mounted a search for some 21 people abducted by gunmen while working on farmland whose owner is believed to have owed the alleged kidnappers coerced payments.

The people kidnapped were teenagers working on a farm in the remote Faskari council area of Katsina state when the gunmen "singled out the farm and abducted them," Katsina police spokesperson Gambo Isah said on Thursday

"According to our investigation, the bandits placed some levies on some of these farmers, and this particular one refused to comply with their demands. ... That was why they went to their farm and kidnapped the workers," Isah said.

Police and Nigerian soldiers from a nearby military outpost were working to find the abducted farm workers, who are ages 15-18, he said.

Residents in remote parts of the northwest and central regions of Nigeria targeted by armed groups have complained of gunmen requiring farmers to pay huge levies to work their farmland.

The groups mostly consist of young men from the Fulani ethnic group, whose members traditionally worked as nomadic cattle herders and are caught up in a decades-long conflict with Hausa farming communities over access to water and grazing land.

Nigerian security forces carry out aerial bombardments of the known hideouts of the armed groups. Authorities blame their continued operation on the cooperation of some local residents.

Most of those residents are farmers who say they risk getting attacked if they do not pay the levies imposed on their villages.

The police are "worried and disturbed that terrorists are placing levies on people," police spokesperson Isah said. He said villagers must still "desist from cooperating and from whatever demands made by these terrorists." 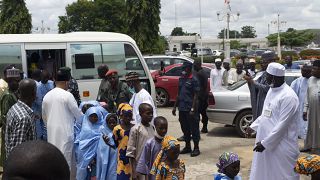 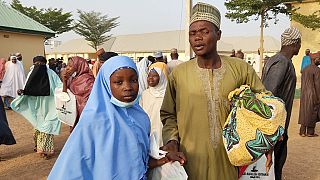