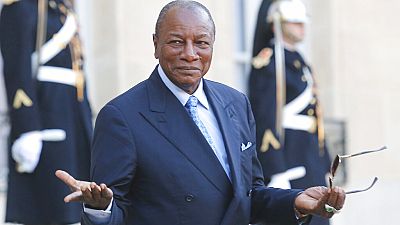 Guinea's ruling junta is calling for the prosecution of former President Alpha Conde, whom it overthrew in a coup in 2021.

The ruling junta is also calling for the prosecution of some over 180 senior officials and former ministers for alleged corruption.

The military, which took power more than a year ago, has made the fight against corruption, one of its major proclaimed battles, and many former officials have already been detained in this context.

But in his public letter sent to the attorneys general on Thursday, the Minister of Justice took a new step because he targeted the former head of state (2010-2021) by name, as well as a large number of his executives when he was in power.

Among them are former Prime Minister Ibrahima Kassory Fofana and some forty former ministers, such as Mohamed Diané in Defense, Mamady Camara in Economy, and Mariama Camara in Trade. A number of presidential advisors under the Conde regime are also named.

In total, the Minister of Justice, Alphonse Charles Wright, gave a list of 188 names, some of which are already in prison and others cited several times. Their accounts are frozen, the document said.

The prosecutions are "for alleged acts of corruption, illicit enrichment, money laundering, forgery and use of forgeries in public writing, embezzlement of public funds and complicity."

"The Guinean government, in its policy of moralization of public life, has set as an objective the fight against economic and financial offenses," says the Minister of Justice.

"It is imperative to open judicial investigations to elucidate the origin of the funds in these various accounts without prejudice to the release of funds when it is established in a contradictory manner that these accounts are free of any presumption of illicit enrichment," he continued.

This is not the first time that charges have been brought against former President Alpha Conde, 84, who was indicted in May for alleged killings, torture, abductions, and rape in a country where the repression of political demonstrations is often brutal.

Several of their leaders are now languishing in prison.

Since September 2021, Colonel Doumbouya has been installed as president and recently pledged to hand over power to elected civilians within two years from January 2023.

On assuming power, he assured that there would be no "witch hunt" but that justice would be the country's "compass.

As an example of the junta's commitment to justice, the trial of former Guinean dictator Moussa Dadis Camara and a dozen former military and government officials, which had been planned for years, opened on September 28 in a court in Conakry, where they are to answer for the horrific massacre committed on September 28, 2009.

On that and subsequent days, 156 people were killed, thousands were cruelly wounded, and at least 109 women were raped, according to the report of a UN-mandated international commission of inquiry. 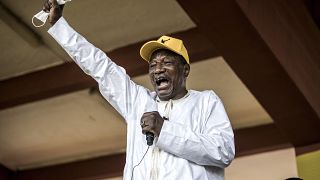