The summit expressed "support for efforts to end the Libyan crisis through an inter-Libyan solution" and "a joint effort" by Arab states to end fighting in Syria.

Arab leaders acknowledged the dire consequences of the war for their nations and one after another called for a "collective Arab action" to face common challenges.

Those include food and energy shortages and the effects of climate change on their societies. But they presented no details on a potential mechanism that would help feed their people.

In a nod to Saudi Arabia, it expressed its backing for oil producers after the Saudi-led OPEC cartel and allied producers headed by Russia angered Washington by slashing production by two million barrels a day from November, further pushing up already elevated crude prices.

The statement said the "balanced" policy would help stabilise markets and "help the interests of both producer and consumer nations".

Saudi Crown Prince Mohammed bin Salman, however, was the summit's most notable absentee, staying away with a reported ear infection.

The summit final statement backed moves to make the state of Palestine a full member of the United Nations.

"Palestine is the pivotal cause to the Arab nation and states", the Arab league secretary general said.

"Therefore, we were determined to continue to issue resolutions and translate them and present them to the United Nations and international organisations as happens every time", Ahmed Aboul Gheit concluded.

Throughout its 77 years of existence, the Palestinian issue has been a central to the league. It is recently that more and more Arab countries have started to normalize ties with the state of Israel.

The summit took place at a time of heightened tensions in the occupied West Bank, where the Israeli military has conducted nightly arrest raids in searches for Palestinian militants.

Dozens of Palestinians have been killed in recent months, including armed gunmen, stone-throwing teenagers and people uninvolved in violence. 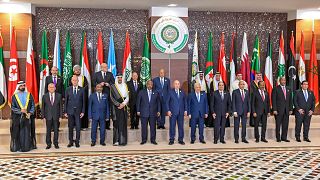 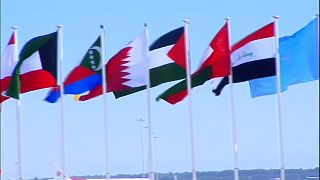 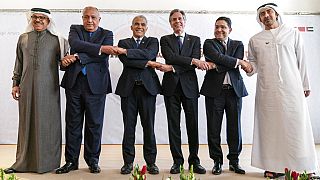