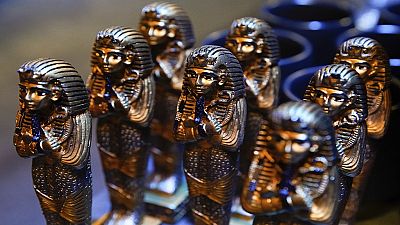 It's almost 100 years since the tomb of King Tutankhamun was discovered in the Valley of the Kings.

He has become the most famous Ancient Egyptian pharaoh in the world, thanks to the incredible condition of his final resting place and the grave goods found alongside his body.

King Tutankhamen (Tutankhamun) was the young pharaoh whose ancient tomb and opulent artifacts have fascinated generations since they were first discovered.

For many, "King Tut" is the ultimate symbol of ancient Egypt's glory.

Tutankhamun ascended the throne at age nine, ruling until his death at age 18 or 19.

His tomb was found by British Egyptologist Howard Carter in 1922.

"This year in 2022, we are celebrating not only in Egypt, all over the world with the discovery of Tutankhamun a hundred years (ago). It is the centennial of the discovery tomb of the boy king Tutankhamun. He drove the entire world crazy because of the intact objects that were found inside his own tomb," says Mostafa Waziri, Secretary General of the Supreme Council of Antiquities in Egypt.

The discovery of the 3,000-year-old tomb was a watershed moment in archaeology.

Tutankhamun's outer most coffin is made from wood and gilded with gold.

It was found alongside thousands of other treasures, undisturbed by graverobbers.

"The tomb of Tutankhamun was the only tomb (that) was discovered almost intact in the Valley of the Kings. That's such a nice long story. When (Howard) Carter discovered the tomb on November 4th 1922, he found 5,398 pieces. Most of them, they were gold. The tomb itself is a very modest tomb, it's a very small tomb comparing with the rest of the tombs in the Valley of the Kings," says Waziri.

Mystery has surrounded Tutankhamun since his discovery, from a supposed curse on his tomb to uncertainty around how he died.

But in 2005, researchers took CT scans of his body and were able to shed some light on that particular puzzle.

"He died because of this accident and chariot and the left wheel and stuff like this. And he died on the second day of this accident," says Waziri, adding that the pharaoh also had severe malaria and weak bones.

Tutankhamun and his grave goods will eventually go on show together at the new Grand Egyptian Museum in Giza when it opens.

"It will be the first time in history to see those 5,398 pieces displayed in one museum," says Waziri.