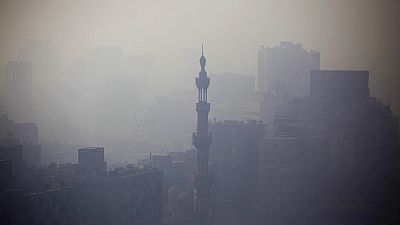 A study released on Thursday found that air pollution in African cities is growing rapidly and is more deadly than feared, but green solutions could save tens of thousands of lives.

"Air pollution (in African cities) is high and rising, it's rising quite rapidly," said Desmond Appiah, the Ghanaian director of the Clean Air Fund, the British NGO that published the study. "It's a silent killer."

Urban pollution has been largely neglected in Africa, according to the study.

Africa's population is predominantly rural and has only recently experienced an exodus to urban centres.

Earlier research in the Lancet Planetary Health concluded that toxic air - particularly particulate matter and gases from industry and transport, but also from wood-burning stoves - caused the premature death of 1.1 million people in 2019.

By comparison, 650,000 people died from HIV/AIDS-related diseases worldwide in the same year, according to UN figures.

The study looked at the situation in four rapidly growing cities on the African continent - Ghana's capital, Accra, Cairo, Johannesburg and Lagos - to assess the health, environmental and economic costs of pollution.

It compares the results between a business-as-usual trajectory to 2040 and a green scenario in which cities take measures to improve air quality, such as upgrading public transport and introducing cleaner cookers.

Adopting a green approach could save 125,000 lives and $20 billion in costs and also reduce emissions in these cities by about 20% by 2040, according to the study.

If nothing changes, the financial bill will increase sixfold.

"Africa's economic growth will be driven by rapidly expanding cities," said Clean Air Fund. "More than 65% of the continent's population is expected to live in urban areas by 2060.

"By the end of the century, Africa will have five of the world's 10 largest megacities. The big question now is how fast, how fair and how sustainable this growth will be," the source said.

Meanwhile, a Boston-based research group, the Health Effects Institute (HEI), warned on Thursday that the human cost of air pollution in Africa is among the highest on the planet. 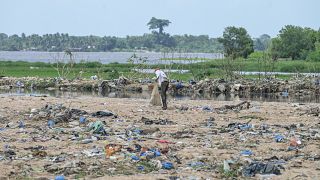