Mechanical diggers are hard at work in the yellowish landscape of the Moanda open-cast mine in Gabon.

This region located in the east of the central African nation contains as much as a quarter of known global reserves of the ore, according to the Compagnie Miniere de l'Ogooue (Comilog), a subsidiary of the French group Eramet which operates the site.

Everyday giant jaws rip out 36,000 tonnes manganese and then dump the ore into trucks with a crash.

The silvery metal has gained star status thanks to its emerging role in rechargeable car batteries. As decarbonization goes into higher gear, Gabon's economy could benefit from the metal boom.

"Here at Comilog, we have a policy which aim is to reach the target of 10 million tons in 2025", Leod Paul Batolo, the director and CEO of the Comilog Group says.

Manganese is an important raw material in the iron and steel industry as it is used for hardening steel and prevents it from rusting.

Comilog, which has operated the Moanda mine since 1960, says its operation has contributed to the national economy in various forms, stands at around $345 million per year.

Poorly regulated mining leads to environmental damage and encourages child labour, a phenomenon that is hard to resolve when a family's livelihood depends on it.

But this is far harder to achieve in the metals used in car batteries and other gadgets, said Gilles Lepesant, a geographer at the French National Centre for Scientific Research (CNRS).

Comilog is keen to list its green principles, which include rehabilitating and replanting extraction sites, decarbonising the energy mix of its factories and "setting limits" on encroaching on wildlife areas.

The mining company claims its activity has enabled the creation of 3,400 direct and 6,000 indirect jobs.

A longstanding problem remains that Africa is typically used as a source of raw materials, and rarely for processing them into goods of higher value.

Analyst Hugo Brennan of British firm Verisk Maplecroft said African nations had to strike "a tricky balancing act" -- providing incentives for investment while enforcing social and environmental standards -- to ensure their mining boom does not go the same way as oil. 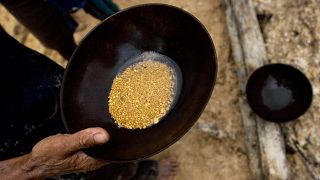 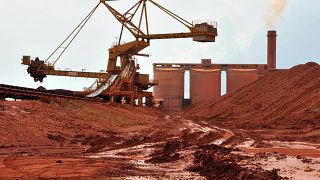