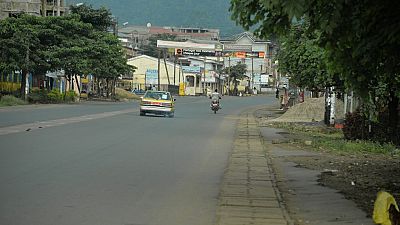 Five priests, 1 religious sister, and 3 laypeople who were kidnapped on Sept. 16 in the Cameroonian diocese of Mamfe are now free, the diocese announced.

"It is with great joy that I announce the release" of five Catholic priests, one consecrated sister, and two laypeople, Bishop Aloysius Fondong Abangalo wrote in his communiqué dated October 23.

The Mamfe diocese located in South West region is one of two restive regions in Cameroon where separatists have been waging war on the federal authorities since 2017.

On the evening of September 16, the Christians were abducted and St Mary's Church in Nchang (South West region) was burned down.

Murders, ransacking, and kidnappings have become frequent in this region, where armed separatist groups regularly target schools and teachers in particular, but also Catholic and Protestant churches and their prelates. But the bishops of the region assure that Friday's kidnapping is "completely unprecedented" in its scale.

Last month, Archbishop Andrew Nkea, the president of the Ecclesiastical Province of Bamenda, did not give any details of the attack, did not attribute it to anyone in particular, and said that the kidnappers had given "no concrete reason" for the act.

In the communiqué issued by Bishop Aloysius Fondong Abangalo, Sunday, no information on the kidnappers was given.

"Taking away the freedom of our brothers and sisters to make money at all cost is inhumane", the bishop of Mamfe simply condemned.