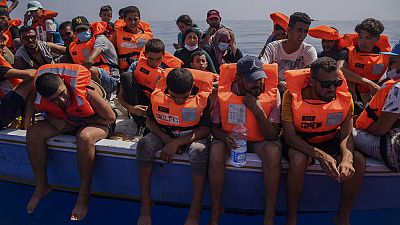 More than 800 migrants, including dozens of Tunisians, were intercepted on Wednesday night as they tried to reach Europe via the Italian coastline from the Tunisian coast, the Tunisian national guard said on Friday.

"A total of 813 migrants, including 473 from sub-Saharan Africa, were intercepted off the Tunisian coast "during 37 different operations" in the north, centre and south, the national guard said on its Facebook page.

The Tunisian authorities also announced the arrest of 48 people, including six wanted for affiliation to an organised gang with a view to illegally crossing maritime borders, in different parts of the country, the same source added.

In recent days, the Interior Ministry has announced the arrest of more than 1,300 smugglers, Tunisian and foreign.

From spring to early autumn, due to favourable weather, the pace of irregular migration attempts from the Tunisian and Libyan coasts to the Italian coast accelerates, sometimes resulting in drowning.

More than 23,500 migrants - sub-Saharans, Tunisians and other nationalities - were intercepted between January and September off the coast of Tunisia, according to the Tunisian Forum for Economic and Social Rights (FTDES), an organisation that monitors migration issues.

Over the same period, Tunisia recorded 507 deaths and disappearances at sea, according to the FTDES.

According to the Italian Ministry of the Interior, 15,430 Tunisian migrants have managed so far this year to reach the Italian coast, which in some places is less than 150 kilometres from the Tunisian coast.

The mass departures of Tunisians are caused by the economic crisis, with galloping inflation, and an uncertain political situation.

Faced with the migratory pressure, the Tunisian authorities are struggling to intercept or rescue migrants because of what they say is a lack of resources.

Tunisia is also the point of departure for thousands of sub-Saharan Africans and nationals of other poor or war-torn countries, many of whom have already been turned back to Tunisia after leaving neighbouring Libya illegally. 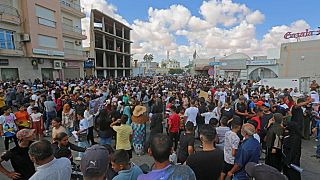 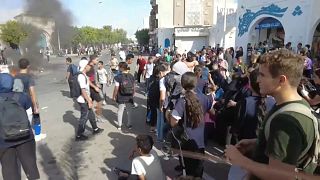