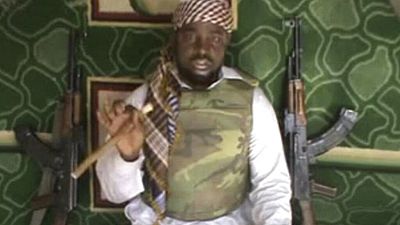 Authorities in Nigeria's northwestern state of Zamfara this week imposed a lockdown among other restrictions aimed at curbing recent attacks by criminal gangs after a peace deal failed, officials said.

Northern and central Nigeria have been the scene of activities by criminal groups, known locally as "bandits", who attack and loot villages, killing their inhabitants or kidnapping them for ransom.

The new restrictions in Zamfara, announced in a statement on Thursday, illustrate the complexity of the security challenges facing Africa's most populous country four months before the presidential election.

Zamfara, which has been particularly hard hit by bandit violence, had enjoyed a temporary lull after a peace deal with the gunmen, including the powerful bandit leader Bello Turji.

But last month, the army bombed Bello Turji's house during the baptism of his newborn son, killing a dozen people, including his older brother. In the aftermath, the infernal cycle of violence resumed.

"Turji', 28, was not at home when the bombing took place. After the event, he told the local press that he was ready to accept peace as well as war, a veiled threat to the authorities.

"The government is saddened and concerned by the resurgence of bandit activity and the recent killings of innocent people," Ibrahim Dosara, Zamfara's information commissioner, said in a statement Thursday.

Last week, gunmen carried out three separate attacks on the armed forces in Zamfara, including an ambush that killed three soldiers.

"All movement is now restricted in the above-mentioned (areas) and towns," the statement continued, adding: "The security forces have been ordered to deal ruthlessly with anyone who violates the restriction order.

Several markets have been closed indefinitely, as well as seven highways in the state.

In the past, the Zamfara authorities have attempted several peace deals with the bandits, offering them amnesties or money, but no truce has lasted.

Military operations, the cutting of telecommunications and the closure of petrol stations have also failed.

The bandits, declared "terrorists" by the federal government, are motivated only by greed. But analysts worry about growing links with jihadist groups in the northeast, which have been leading an insurgency for 13 years. 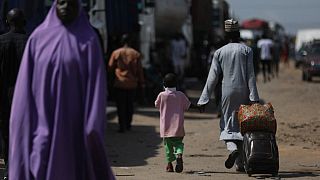