Hieroglyphs and ancient Egypt are at the centre of a new exhibition at London's British Museum.

This was the key to unlocking an ancient language and the secrets of the civilisation that spoke it.

The Rosetta Stone is inscribed in three languages: hieroglyphs, demotic (a colloquial language), and ancient Greek.

Ancient Greek was still understood when the French unearthed the slab in 1799.

So by comparing the texts, scholars were eventually able to decipher the ancient Egyptian hieroglyphs.

A new exhibition at the British Museum tells the story of that remarkable discovery.

More than 240 objects chart the journey from early failed attempts to understand the mysterious symbols, to correspondence between Thomas Young and Jean-Francois Champollion, the Frenchman who finally cracked the code in 1822.

"For a long time, hieroglyphs were considered symbols. They were considered to have magical meanings and to contain secret knowledge. And this was a perception that really lived on through the Middle Ages, through the Renaissance, and actually well into the 17th century. And the decipherment really made us understand that hieroglyphs, although they look like pictures, they represent a spoken language," says Ilona Regulski, curator at the British Museum.

Once the hieroglyphs were deciphered, scholars were able to learn so much more about ancient Egyptians. This limestone slab once adorned the temple of Ramesses II.

Now able to read the hieroglyphs, Champollion was able to see that this was a list of 34 royal names, inscribed in chronological order.

The Abydos King List, which was created in about 1250 BC, meant historians now knew details of ancient rulers. However, understanding hieroglyphs gave an insight that goes deeper than just royalty.

"So we could suddenly read a lot of the written material that the ancient Egyptians left behind, little scribbles on pieces of papyrus, but also monumental hieroglyphs on tomb walls, on temple walls," says Regulski.

"And we could suddenly have an insight into what people were thinking, how they were experiencing the world. We could read their shopping lists, their love poetry, their literature, and also monumental inscriptions, of course. So it really unlocked an entire civilisation for us."

The exhibition includes loans of objects from national and international collections, some of which are rarely on public display.

The museum hopes these items will help visitors reflect on the lives of these ancient people.

"I think people associate Ancient Egypt with the afterlife, with beautiful temples and beautiful tombs. But of course, this is the material that has mostly survived that visitors are familiar with. But I hope that we can also show that this was a civilisation, a human culture like our own, very much like our own, and that people were communicating with each other and had worries and issues that are very similar to ours," says Regulski. 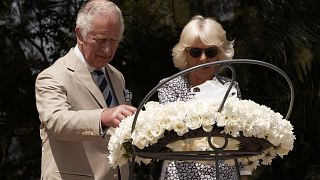