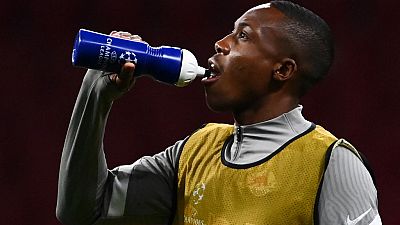 Enock Mwepu has been forced to retire at the age of 24 as he has been diagnosed with a hereditary heart condition.

The Brighton and Zambia midfielder announced on Monday as he hasn’t played for the Seagulls since September.

Per the statement released by the Premier League club, Mwepu fell ill on a flight to Mali last month as he was away on international duty with Zambia.

Subsequent tests have discovered a hereditary heart condition which means that Mwepu will have to retire from the game.

Brighton confirmed: “The condition, which can worsen over time, would put Enock at an extremely high risk of suffering a potentially fatal cardiac event, if he were to continue playing competitive football.” Part of the statement read.

Tony Bloom, chairman of Brighton, said: “We are all absolutely devastated for Enock. He and his family have had a traumatic few weeks and while we are just thankful he has come through that period, he has seen such a promising career cut short at such a young age…”

Brighton’s new head coach Roberto De Zerbi added: “I am so sorry for Enock. Before I arrived I looked at all the squad, and he was a player I was so excited and looking forward to working with. We will do everything we can to help him.”

The captain of Zambia’s national team posted an emotional message on his social media accounts confirming the news.

“A boy from a small Zambian township called Chambishi has some news to share. He stood strong to follow his dream of playing football at the highest level, and by the grace of God he lived his dream by reaching the Premier League. Some dreams however come to an end, so it is with sadness that I announce the need to hang up my boots because of the medical advice I have received.”

Nicknamed ‘The Computer’ for his superb positional sense in midfield, Mwepu signed for Brighton from RB Salzburg in the summer of 2021.

He has made 27 appearances for the Seagulls, scoring three goals, one of which was a memorable strike at Anfield against Liverpool in October 2021. 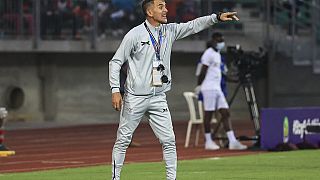