In front of the Ouagadougou municipal stadium, in Burkina Faso, food donors come one after the other.

They are gathering to prepare supplies for their compatriots trapped in localities controlled by jihadists. A sign calling for donations for residents from the northern city of Djibo who are now facing famine.

The capital of the Soum Province has been losing its population to insecurity and food shortage. It has swollen from 60-thousand to some 300-thousand over the last few years.

Last week an aid convoy supervised by the military and heading to Djibo was attacked by terrorists, leaving dozens dead and missing.

For all, supporting inhabitants in Djibo is a humanitarian gesture and a citizen’s duty.

"It is a patriotic gesture because it is also the way for all Burkinabe to contribute as little as it may be, for the fight against terrorism", civil engineer Don Bosco Steeve Zongo says.

According to the ECOWAS envoy to Burkina, the authorities control only 60% of the territory.

Thousands fleeing terrorists therefore flock to Ouagadougou and its suburbs. Many like Bouréima Zabré, gather in makeshift camps. On good days, they chat and discuss. What can never leave their minds is also the story of their ordeal.

"It is the terrorists who asked us to leave our village, the old man says. Soldiers who come to defend the people cannot kill them all. They, the jihadists, have come to wage war and there will be no survivors. So we left."

Leaving often means saving one’s life and starting a life of exile where harsh makeshift conditions, and often no assistance from the government await.

Can military men provide a solution?

Starting in 2015, a jihadist insurgency spread to Burkina from neighboring Mali, claiming thousands of lives and prompting more than two million people to flee their homes.

A new junta led by 34-year-old Captain Ibrahim Traore seized power in Burkina Faso on September 30, in the second such power grab since January blamed on failures to quell jihadist attacks.

If organisers of coups in the Sahel often promise improved security, analysts doubt the pledges.

To Djallil Lounnas at Morocco's Al-Akhawayn University, a putsch typically "destabilises the army structure and divides members of the military into supporters and opponents of the coup". "It means instability, division and purges."

Coups only compound problems in countries where the armed forces are already accused of inefficiency and mismanagement, and security forces are often under-equipped, he and others said.

"They say, 'look, there is no democracy, no state, no constitution'," he said.

Military coups in the Sahel have also weakened regional cooperation in the fight against the jihadists. 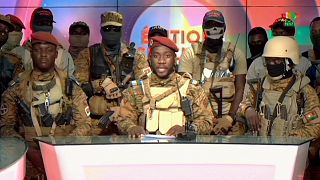