Flash floods triggered by heavy monsoon rains continue to wreak havoc across much of Sudan.

Essential infrastructure have been damaged, increasing the risk of waterborne diseases such as cholera.

The deadly floods have also destroyed tens of thousands of homes, boreholes and agricultural fields over the past months.

In South Darfur, a community was left to count the cost.

"The water came inside the house, it broke everything and now I have many cracks in the walls, all my beds are broken," said Muadah Ali Mohammed, a resident of Um Zaiedd village.

The downpours, which began earlier than normal this year, have affected at least 258,000 people, wrecked many villages and left tens of thousands of acres of land flooded in 15 of Sudan's 18 provinces, according to the United Nations.

The western Darfur region and the provinces of Nile River, White Nile, West Kordofan and South Kordofan are among the hardest hit areas, according to the UN Office for the Coordination of Humanitarian Affairs.

The International Committee of the Red Cross (ICRC) plans to provide essential households items and cash to some 45,600 people by the end of October.

The organization is also working to improve access to clean water for 30,000 people, 70% of whom are women and children. 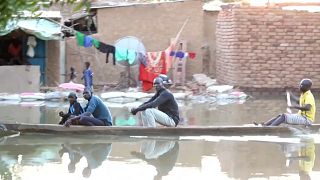 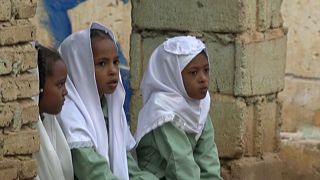