The trial of former Guinean dictator, Moussa Dadis Camara, opens this Wednesday in Conakry, 13 years to the day since the massacre that killed more 150 people at a political rally in the capital.

On Tuesday, the former dictator and another five defendants were sent to prison by the Appeal Court.

One of the lawyers, Me Salifou Béavogui, denounced the move.

"We set out to persuade the prosecutor. It's a certainty that they went to the trial as we did, and that on the eve of a trial you can't call the defendants and say, 'well look, we're sending you to prison'. There is no type of detention, but unfortunately we were misunderstood. They assumed, finally, they took our clients to prison for the opening of the trial tomorrow", said the lawyer of another defendant, Claude Pivi.

Despite recurring commitments under former president Alpha Conde's regime, victims and relatives have been waiting for justice for 13 years.

Asmaou Diallo, President of the Association of Parents and Friends of the Victims of 28 September 2009 added:

"All the time we were asking Alpha (Alpha Condé, former president of Guinea, ed.) to accept and put them on leave, until the moment when justice will give its verdict. Today is the moment. They are in the central prison, I think we are beginning to get the truth, let's hope that it will go well and that the whole of Guinea will learn the truth", she said.

A handful of defendants have already been detained for years. Those who were still free were detained Tuesday after being summoned at around midday.

Camara, who had been living in exile in Burkina Faso, returned to Conakry on Saturday night to stand trial. 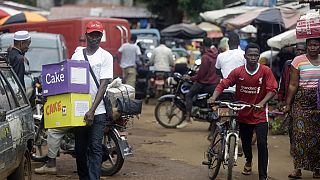 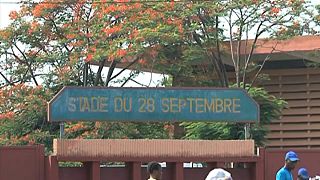