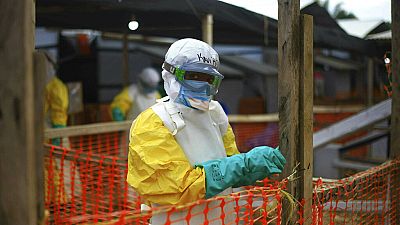 16 cases of ebola virus have so far been reported in Uganda since the fresh outbreak last week Tuesday, the Ugandan health ministry announced on Sunday.

On Friday, the health authorities announced that four people had died of Ebola in three days.

All the deaths and cases were recorded in Mubende district, about 150 kilometres west of the capital Kampala.

The Ministry of Health announced on Twitter on Sunday (September 25) that 16 Ebola cases had been recorded since the start of the outbreak and that "cases have been identified outside Mebende", three in Kyegegwa and one in Kassanda, in the centre of the country.

"For the moment, there are no confirmed cases in Kampala," the health authorities said.

Uganda has had previous outbreaks of Ebola, a disease that has killed thousands across Africa since it was first discovered in 1976 in neighbouring Democratic Republic of Congo.

Emma Ainebyoona, a spokeswoman for the health ministry, told AFP on Friday that "travel restrictions for non-essential work in Mubende district, the epicentre of the outbreak, have been imposed.

Health authorities in the Great Lakes country announced on Tuesday that a 24-year-old man had died of Ebola, the first time this has happened since 2019.

The case of the deceased was from a "relatively rare" strain known as Sudanese, which had not been reported in Uganda since 2012, the World Health Organisation (WHO) announced on Tuesday.

The Ebola virus disease is often fatal, but vaccines and treatments now exist against this haemorrhagic fever, which is transmitted to humans by infected animals.

Human transmission is through body fluids, with the main symptoms being fever, vomiting, bleeding and diarrhoea.

Infected persons only become contagious after the onset of symptoms, after an incubation period of 2 to 21 days.