437,000 barrels of oil stolen on daily basis by criminals in Nigeria 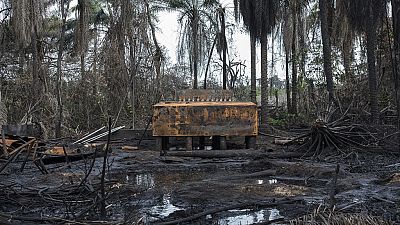 An average of 437,000 barrels of oil is stolen on daily basis by criminals in Nigeria according to Nigerian National Petroleum Corporation (NNPCL).

According to Premium Times’ data analysis, between January and July, Africa's biggest oil producer lost an average of 437,000 barrels of oil a day to criminal entities and individuals who illicitly tap pipelines onshore and offshore in the Niger Delta region.

Group Managing Director of NNPCL, Mele Kyari, last week blamed a section of Nigerian society for complicity that has led to the loss of thousands of dollars in the oil theft, undermining the country’s oil production.

Pipeline fires are commonplace in Nigeria, in part because of poor maintenance but also because of thieves who vandalize pipelines to siphon off petrol and sell it on the black market.

Crude oil is tapped from a web of pipelines owned by major oil companies and refined into products in makeshift tanks.

According to industry sources, Nigeria loses around 200,000 barrels of crude to oil thieves, vandals and illegal refining operators daily.

Most people in the Niger delta live in poverty even though the country is the biggest oil producer on the continent, with an output of around two million barrels per day.

These losses come at a time when Nigeria passed a fuel subsidy in April.

But some have been upset by steps to deregulate and end the costly interventions.

International lenders have long urged Nigeria to ditch them and the authorities came under fresh pressure as they scrambled this year to secure billions in emergency funding to plug the budget.

Economist Michael Famoroti said the corruption-riddled subsidy system that allowed some to profit hugely was simply no longer sustainable.

"For a long time, people have been calling on the government to scrap the subsidies and allow petrol stations to charge the actual price of petrol, Famaroti said.

"When the global price of oil crashed and Covid hit, the Nigerian government was very short on cash. So like a lot of countries, it had to find money to stimulate the economy." 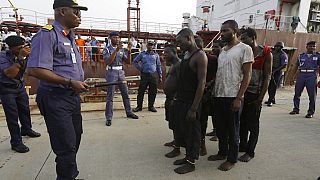