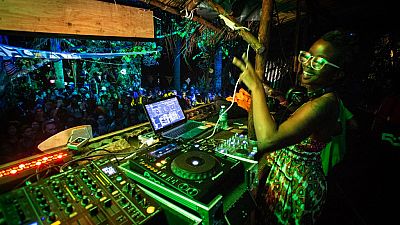 One of East Africa’s most popular music festivals has been cleared to go ahead after members of parliament on Tuesday, September 6 announced a ban on the festival, saying it “promotes gays” in the country.

The "Nyege Nyege" festival will now take place next week but under “strict guidelines,” according to Ugandan Prime Minister Robina Nabbanja, in local media reports.

“The event (Nyege Nyege) will go on but under strict guidelines. It attracts thousands of foreign tourists; we can’t miss out on this opportunity at a time when the country is recovering from the effects of Covid-19,” Nabbanja said at a meeting of stakeholders, including the organizers.

The four-day festival will be the first after a three-year hiatus because of the covid 19 restrictions.

MPs had Tuesday raised concerns about the festival and its impact on “sexual immorality” hence the attempt to ban it.

“It’s going to attract all kinds of people from all over the world, bringing all kinds of actions that are unAfrican and non-Ugandan into our community,” lawmaker Sarah Opendi said in parliament, accusing the festival of “recruiting” young people into the LGBT community.

However, Ugandan tourism minister Martin Mugarra defended the event in the house, saying 8,000 foreigners had already booked tickets. However, speaker Anitah Among took objection to his statement and declared that the festival would not happen.

“We are not going to allow that function to take place. How do you sell tickets at the expense of people’s children? You’re promoting gays in Uganda,” she said without evidence, from the official speaker’s chair. “No function should take place. Next item!”

Ugandan Ethics and Integrity minister Rose Lilly Akello told parliament that her ministry and the police had previously met with Nyege Nyege’s organizers and given them conditions.

Organizers have announced about 300 performers spread over seven stages in Itanda Falls, Jinga a picturesque location on the shores of the River Nile.

This is how organizers of the event responded to Wednesday go ahead on their social media pages.

The charge of “promoting” homosexuality has been leveled against Nyege Nyege before and led to a short-lived cancelation of its last event in 2019. 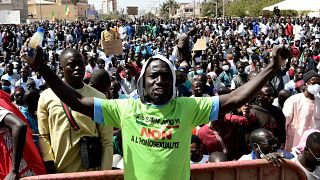