The Red Cross said on Wednesday that at least 15 people were killed in western Uganda after a landslide brought on by heavy rains and buried their homes, rescuers continue to dig through the mud in search of survivors.

Landslides are common in the Kasese area, where the accident happened. It spans the border with the Democratic Republic of the Congo.

Following a recent lengthy drought, severe rains have descended on parts of Uganda since late July, resulting in flooding, fatalities, and the devastation of infrastructure, crops, and homes.

At least 24 persons were murdered in the eastern Ugandan district of Mbale in July floods brought on by heavy rains.

The country's weather agency had issued a warning, advising residents in mountainous areas to be watchful or seek refuge in safer areas, as abnormal heavy rains that could be destructive were predicted from August through December. 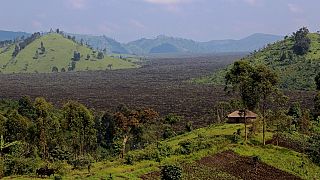