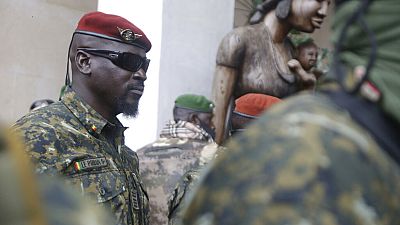 The head of Guinea's ruling junta has made the organisation of the 2025 African Cup of Nations, awarded to his country, a "priority" programme and has made the associated expenditure an emergency.

The announcement was made on Monday night ahead of the expected arrival on Tuesday of a mission from the Confederation of African Football (CAF), which is expected to check on the progress of the project on-site until Thursday.

The head of the junta, Colonel Mamady Doumbouya, appointed a new organising committee in March, ousting the previous team, one of whose members publicly expressed doubts about the feasibility of the project.

A decree by Colonel Doumbouya read out on national television declared the tournament programme to be of "national interest and priority".

All expenses for the organisation "shall be carried out as a matter of urgency", the decree says, announcing the opening of a special account in the public treasury.

The new authorities in place since the military coup of September 2021 have affirmed their desire to be at the rendezvous of the 2025 CAN.