A committee to draft a new constitution has been created in the Central African Republic, a country that has been in civil war for nine years, according to a decree signed Friday by the President.

The current constitution prohibits the head of state from running for a third term. Faustin Archange Touadéra, elected in 2016, was re-elected in 2020, after an election contested by the opposition.

"It is created a drafting committee of the draft Constitution of the Central African Republic", which will be responsible for "handing over to the President of the Republic (...) a draft Constitution", said the decree signed by the head of state and his Prime Minister Felix Moloua.

For several months, the authorities have organized demonstrations in favor of amending the fundamental law.

"More and more voices are being raised to demand a change in the constitution," the Central African president said in August.

"It's a headlong rush, and the objective is to stay in power," Martin Ziguélé, a former prime minister and now an opposition MP, told AFP.

Mr. Ziguélé has called, along with some 20 opposition parties, for a demonstration on Saturday against a constitutional amendment.

Touadéra's United Hearts Movement (MCU) attempted in March, during a "republican dialogue" excluding the rebellion and boycotted by most of the opposition, to introduce an amendment that would remove the two-term limit and allow the president to run for a third term in 2025.

The MCU finally backed down in the face of civil society outcry and international condemnation. 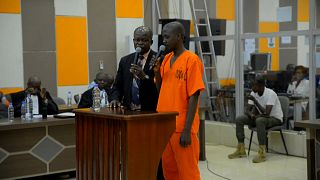