Sudanese security forces on Thursday fired tear gas at thousands who took to the streets to renew demands for civilian rule after last year's military coup.

Protesters were seen in the capital Khartoum carrying Sudanese flags and chanting: "No, no to military rule," and "Civilian rule is the people's choice," eyewitnesses said.

Security forces fired rounds of tear gas to disperse the protesters, according to AFP correspondents.

Sudan has been rocked by near-weekly protests and a violent crackdown that has so far left at least 116 people killed since army chief Abdel Fattah al-Burhan led a military coup last October.

The power grab upended a transition to civilian rule launched after the 2019 ouster of strongman Omar al-Bashir, who ruled for three decades.

Sudan has been reeling from political unrest, a spiralling economic crisis and a spike in ethnic clashes in its far-flung regions.

Last month, Burhan pledged in a televised address to step aside and make way for Sudanese factions to agree on a civilian government.

Civilian leaders who were ousted in the coup dismissed his move as a "ruse", and pro-democracy protesters have held fast to their rallying cry of "no negotiation, no partnership" with the military.

"The whole thing failed and now we (Sudan) have become worse off," he said.

The move was welcomed by Burhan, as well as Islamist groups that were part of the Bashir's regime. 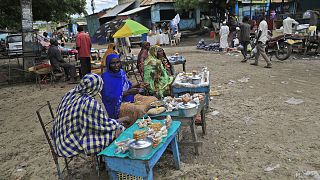