A Spanish court has ruled that the body of former Angolan President José Eduardo dos Santos, who died last month in Barcelona (northeast Spain), should be handed over to his widow for repatriation and burial in Angola.

The fate of the former head of state's remains has been at the center of a legal battle between his widow Ana Paula Cristovao dos Santos and one of his daughters, Welwitschea "Tchizé" dos Santos, 44, since his death on July 8, especially in view of the August 24 elections in Angola.

However, the lawyer of "Tchizé" dos Santos immediately announced in a statement that her client would appeal this court decision, the court that ruled was, according to her, not competent to rule.

The appeal will be filed shortly before the same court that made the decision in favor of the widow of the former president.

In its ruling, dated Tuesday, the Superior Court of Justice of Catalonia (TSJC) said it had received the results of the autopsy performed on the remains of José Eduardo dos Santos on the same day and said it had confirmed that it was a "natural death" due to "chronic cardiorespiratory failure".

To justify its decision to give the body to his last wife, the court emphasized that "the expenses of housing of the deceased were paid by the Angolan government" and that "he had received visits from Angolan officials while he was in Barcelona.

Jose Eduardo dos Santos, who led Angola without sharing from 1979 to 2017, died at the age of 79 in a Barcelona clinic, where he was hospitalized after a cardiac arrest on June 23.

His placement in intensive care had revealed very strong tensions within the family between his last wife, Ana Paula, a former air hostess 18 years his junior, and "Tchizé" dos Santos, 44 years old, born from the first marriage of the former president.

This last one had thus lodged a complaint in Spain a few days before the death of her father for "attempted homicide". She accused her father's personal doctor and his last wife of being responsible for the deterioration of his health. Judging the death "suspicious", she had then obtained from the justice that an autopsy be performed.

"Since their separation in 2017 and until last April, Ana Paula had not visited" her husband in Barcelona, had also assured "Tchizé" dos Santos in a statement issued by his lawyers.

She was especially opposed to the return of the remains of her father in Angola, saying he wanted "to be buried in privacy in Spain", where he lived since 2019, and not in his country "with a national funeral that could favor the current government" of President Joao Lourenço in the election of August 24, according to a statement from his lawyers.

Joao Lourenço, who had been chosen by José Eduardo dos Santos to succeed him, will run for a second term in this election, which promises to be difficult for him, according to experts, as many Angolans are disappointed by his economic policy. "Tchizé" dos Santos seems to fear that a national funeral for his father will be used by the government. 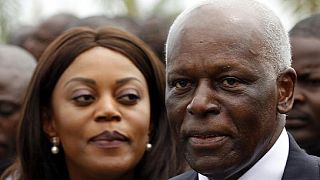 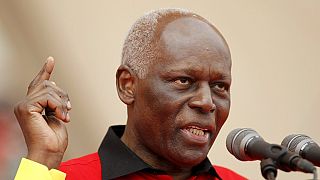 Angola President Dos Santos to step down in 2018

Angola President Dos Santos to step down in 2018