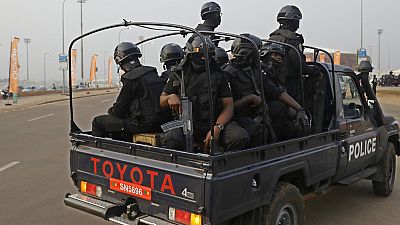 Rebels killed three people, including a soldier and a police officer, in Cameroon near a region wracked by a conflict between anglophone separatists and security forces, a regional governor told AFP on Monday.

The rebels attacked an army post in the village of Kengwo in the West Region on Sunday morning, killing a soldier, a police officer and a motorcyclist, said the region's governor, Augustine Awa Fonka.

"There were three deaths. A policeman, a soldier and a motorbike driver. The assailants took weapons. To my knowledge, there were no victims on their side," Fonka said.

The North-West and South-West regions have been the scene of a deadly five-year conflict between armed groups demanding independence for a state they call "Ambazonia" and security forces massively deployed by the government of President Paul Biya, 89, who has ruled Cameroon with an iron fist for nearly 40 years.

The rebels - like the military and police - are regularly accused by international NGOs and the UN of committing abuses and crimes against civilians.

In June, five soldiers were killed by Anglophone rebels in an attack on a gendarmerie post in Njitapon, in the west of the country.

The Anglophone conflict broke out in October 2016 after peaceful demonstrations by part of the Anglophone minority, who felt marginalised and demanded more autonomy or independence, were violently repressed by the police.