The observers however raised concerns about the counting process as they had been kept away from it.

Kenya's complex process of verifying and tallying votes is expected to take days raising the prospect of unrest.

"The lead-up to the elections was characterised by significantly less tension and conflict than in the past. Parties and candidates were able to campaign openly throughout the country and to get their messages out to voters" (...) "On election day, voters exercised their right to vote in a general peaceful manner throughout the day. The process was calm, albeit prolonged, due to complex procedures. Opening (ed: of polling stations), voting and counting took place generally in line with established procedures" (...) "Tabulation is still ongoing, as we know. And as we speak, we are observing, however, that our observers have been kept at some distance from the process, which is reducing transparency", said Ivan Stefanec, EU chief electoral observer.

According to the EU delegation another aspect that had not been properly addressed was the lack of a campaign finance framework.

"One of the most prominent issues of these elections was the lack of proper campaign finance framework. This made a negative impact on the campaign environment and created an unlevel playing field that was disadvantaging those with less access to funds, especially women. Furthermore, the distribution of cash by candidates to voters during the campaign is a practice that is at odds with democratic principles (ed: candidates gave cash handouts to encourage people to attend rallies)", added the EU chief electoral observer.

International observers also point to the rapid spread of disinformation through social media following the scrutiny. 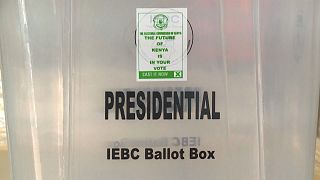