He visited the Hector Pieterson memorial in Soweto township, on the outskirts of Johannesburg. It is with Antoinette Sithole, the sister of the late Hector that the diplomat laid a wreath at the memorial which honors the student killed in 1976 when protesting South Africa’s regime racist regime of apartheid.

“Hector’s story is one that really resonates because we have our own struggle for freedom and equality in the United States and South Africa’s story is unique but there are also so many common elements, and that resonates powerfully,” Blinken said.

Sithole, who also participated in the 1976 student protests, said the museum is a highlights the role played by South Africa’s youth in bringing an end to white minority rule in the country.

“The museum is a reminder for generations to come. We must know where we come from and where we are going, and don’t forget that the youth took a stand for us to be better today,” she commented.

Blinken will meet with his South African counterpart Naledi Pandor, Monday, and describe the United States’ strategies for sub-Saharan during a speech at the University of Pretoria. He will go on to visit the Democratic Republic of Congo and Rwanda. 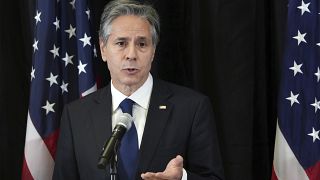 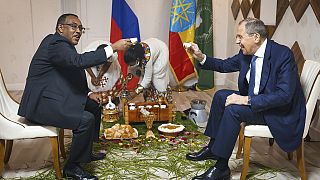