Ten people killed in recent protests against the UN mission in Eastern Democratic Republic of Congo were buried in Goma on Friday.

A total of 36 people including four peacekeepers have been killed in a week of protests in at least four eastern towns, according to an official report.

Last month demonstrators ransacked and looted facilities of the UN Mission of the DRC, Monusco, accusing it of ineffectiveness in the fight against armed groups.

"All the suffering we are enduring today is creating enormous anger towards MONUSCO. They have to understand that we don't need them, that they are going home. Now we will rise as one and we are ready to die to defend our nation", threatened demonstrator Kambale Patient.

During the funeral, tributes were paid to the victims of the violence.

In Goma, shops and businesses were closed.

"You can kill a revolutionary, but you can never kill the revolution. The revolution continues, we will continue to fight to drive this army out of our country", promised activist Josue Wallay.

Since 2019, pro-democracy movements and some elected officials have been calling for the departure of the peacekeepers.

Monusco is one of the largest UN missions deployed in the world with some 14,000 troops in several eastern cities.

According to a statement published on Thursday, the UN mission pledged "to continue to work alongside the Congolese population and authorities to implement the mandate entrusted to it by the Security Council". 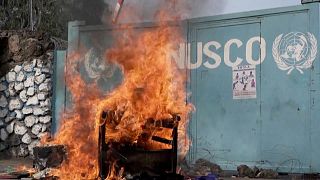 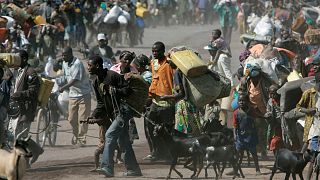