Zambia should soon access a 1.3 billion dollars IMF-support fund. The bailout was validated just after the southern African nation's creditors agreed to provide it with debt relief.

The committee of creditors co-chaired by China and France announced on Saturday they were ready to negotiate the restructuration of Lusaka's crushing debt load. IMF's support plan had been signed in December 2021 but was suspended until the green light was given.

Kristalina Georgieva, the IMF’s managing director, said that she was “very pleased" that the fund could be unlocked.

Zambia's finance minister, Situmbeko Musokotwane, said he was confident his country would get the "economy back on a sustainable growth trajectory".

Zambia was the first African country to interrupt payment on its 17.3 billion dollars foreign debt at the beginning of the pandemic in 2020.

In the last ten years, China has been the country's biggest creditor lending it an estimated $6bn of loans. A financial boost meant to help the country drive ambitious infrastructure projects such as roads and airports.

Zambia still has to negotiate the terms of the relief and reach a similar deal with private creditors. 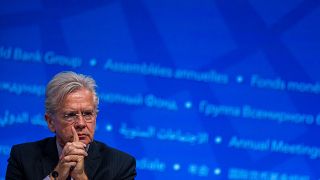