Koutaye Niang has been racing in the Saint-Louis regatta for 20 years, but this year's competition, held Saturday in Senegal's historic second city, was the "best day" of his life.

Niang - who, like all his teammates, is a fisherman from the coastal city's Guet N'dar quarter -- was the captain of one of three winning pirogues that ended a rival team's five-year hot streak at this year's fishing boat race, a traditional event dating back generations.

"All those who live (in my community), Dak, feel like kings today," the 43-year-old said, radiating with pride and wrapped in the red and green colours of his team's flag.

The regatta -– held annually in the former capital of colonial French West Africa, some 250 kilometres (150 miles) north of Dakar –- sees hundreds of men board long wooden pirogues to race two-and-a-half kilometres through the estuary where the Senegal River meets the Atlantic Ocean.

The city's fishermen have been racing recreationally for over a century, but the event became more formalised in the 1950s, according to the president of the organising committee, El Hadj Moctar Gueye.

"There are a lot more people now, and it's more official," said N'Deye Seck, 75, a tailor in the N'dar Market.

Her own father and brothers participated when she was young, and she remembers the former French president Charles de Gaulle attending in 1959, months before Senegal's independence.

On the eve of this year's event, Guet N'dar -- one of Africa's most populated neighbourhoods -- was buzzing with nervous energy.

On the riverbank, an old man chipped away at wooden planks to fashion oars, while younger men coated them in red and white paint.

Saint-Louis's fishermen are divided into three teams, each representing a geographical section of the old quarter. Groups of between 50 and 70 people from each team compete in one of three race categories.

Separate races are also held for fishermen from elsewhere around the country.

"It's a feeling of joy whenever we win," said Younouss Dieye, a rower with the Pondou Khole team who has been competing in the regatta for over a decade.

He said he trained for 10 days before the race.

At sunrise on Saturday, young men played wooden "tam tam" drums and spectators danced and blew plastic whistles as the narrow fishing boats, measuring between 15 and 20 metres, were launched into the water.

The previous day's boubous were replaced by colourful sports tops, with the number 23 jersey of American basketball player Lebron James ubiquitous in the Pondou Khole community, whose team colours are yellow and blue.

Nearby, a vendor sold bucket hats and bowties in the same colours.

'The blood that flows'

Further down the riverbank, in the Dak community, spiritual leaders burned incense and smashed packets of ice where boats were launched.

"This is the only truly local sport here," said Assane Diaw, a former competitor whose family has been racing for about 100 years.

"We have football teams, but the pirogue race is uniquely Saint-Louisien."

He said his grandfather's generation competed in the same boats they used for fishing, but nowadays the teams use specially made racing pirogues.

As for the prize, he said: "It's the love that people have... it's the blood that flows."

By afternoon, tens of thousands of onlookers had gathered along the river.

Young people clamoured up the arches of the Faidherbe Bridge, which links the island city to Senegal's mainland, for a better view.

Elated Dak supporters jumped into the river when their team won the first and second races, the victors waving oars and beating their chests before tipping their boats over and plunging in themselves.

Mid-way through the final event, tensions boiled over when Pondou Khole -- the reigning champions -- began to squabble with Dak rowers in the water.

But nothing could dim captain Niang's mood, or the glow in his eyes as he sat peacefully with his family back in the old town that evening.

"Guet N'dar is a village where everyone lives together -- we share everything", he said, the sun setting behind him as the evening call to prayer rang out.

"We are one and indivisible – all three teams are really family." 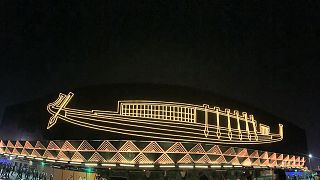 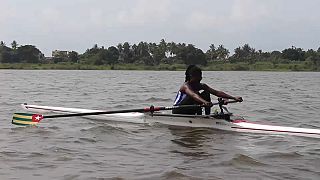 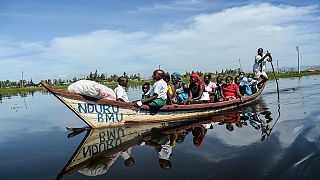