The Senegalese elect their deputies on Sunday in legislative elections that will be a test before the presidential election of February 2024, an election that the opposition wants to use to impose a cohabitation on President Macky Sall and to curb his intentions to seek a third term.

President Sall, elected in 2012 for seven years and re-elected in 2019 for five years, is keeping his intentions for 2024 vague. A defeat in the legislative elections could upset his plans.

The single-round legislative election is designed to renew the 165 seats in the unicameral parliament, which is largely controlled by the presidential camp, for five years. Macky Sall has also promised to appoint a prime minister - a position he abolished and reinstated in December 2021 - from the winning party.

MPs are elected by a system that combines proportional representation with national lists for 53 MPs, and majority voting in the departments for 97 others. The diaspora has 15 deputies.

On Sunday, polling stations are scheduled to open at 8 a.m. (local time and GMT) and close at 6 p.m. for 7 million voters.

Eight coalitions are in the running for these elections, including those of the majority and "Yewwi Askan Wi" (Liberate the People in Wolof), the main opposition coalition, formed around Ousmane Sonko, who came third in the 2019 presidential elections.

This coalition has joined forces with the coalition "Wallu Senegal" (Save Senegal in Wolof), led by former president Abdoulaye Wade. The least well placed in one department is committed to supporting the other with the objective of "obtaining a parliamentary majority" and "imposing a governmental cohabitation".

The opposition also wants to force Mr. Sall to give up any hope of running in 2024. "If Macky Sall loses them (the legislative elections), he will no longer speak of a third term," said Sonko.

For the government, the legislative elections are a test after the local elections in March, won by the opposition in major cities such as Dakar, Ziguinchor (south) and Thies (west).

"We can consider these legislative elections as the first round of the presidential elections of 2024," said Cheikh Guèye, a researcher and political analyst.

The election is taking place in a context of rising prices, particularly because of the consequences of the war in Ukraine, arguments used by the opposition against the government, which highlights the subsidies of petroleum products and foodstuffs as well as its infrastructure construction program.

The 21-day election campaign ends Friday night. Giant rallies and noisy caravans have crisscrossed the country, generally in a calm atmosphere, whereas the pre-campaign period was marked by violent demonstrations that left at least three people dead.

These incidents followed the invalidation by the Ministry of the Interior, confirmed by the Constitutional Council, of the incumbents of the national list of the coalition led by Mr. Sonko, citing the ineligibility of one of its candidates, inadvertently included among both incumbents and alternates.

Several opposition figures, including Ousmane Sonko, were forced to withdraw from the elections, but they called on their supporters to protest against what they saw as a ploy by President Macky Sall to remove his opponents under the guise of legal means.

Apart from the first demonstration, all others were banned by the authorities.

Two other opponents of the president, the former mayor of Dakar Khalifa Sall (no relation) and the former minister Karim Wade, son of the ex-president, have seen their trajectory interrupted by legal problems. The government defends itself from any instrumentalization of the state apparatus.

The arrest of Mr. Sonko by the judiciary in a case of alleged rape had provoked several days of rioting, looting and destruction in March 2021, resulting in some 15 deaths.

On June 29, the opposition finally calmed things down by agreeing to take part in the election, which it had previously threatened to prevent. 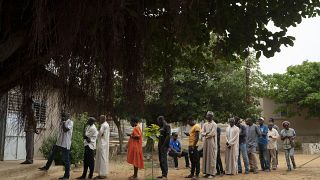 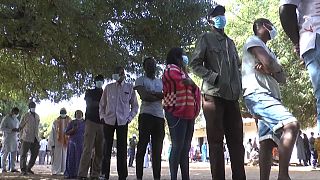 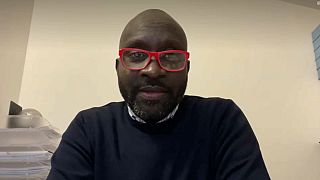