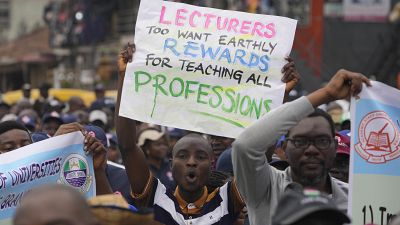 Nigeria Labour Congress (NLC) Tuesday, embarked on a two days nationwide demonstration in solidarity with the Academic Staff Union of Universities (ASUU) which have been on strike for the past five months due to pay disagreements with the government.

On Wednesday, the protests took place in Abuja. "Today is mother of the protest rally to get our children back to school",  Nigeria's umbrella union NLC tweeted.

The current strike by the Academic Staff Union of Universities started on February 14. What was announced as one-month warning strike, was followed by another eight-week strike before turning into an indefinite strike which lead to the imposition of No-Work-No-Pay by the federal government.

At the heart of the strike, the conclusion of the renegotiation of the 2009 FGN/ASUU Agreement which unions' say was not implemented as well as demands including the abrogation of the IPPIS scheme, deployment of the UTAS, payment of promotion arrears.

Despite negotiations with the authorities, no compromise was reached. ASUU’s National President, Prof. Emmanuel Osodeke urged Nigerians to support them in the struggle: "Nigerians should ask them when they will ask us to come and sign the report/agreement of the renegotiation meeting." According to local media reports, Nigeria's president Buhari, directed the Education minister to proffer a solution to the ASUU strike by early August. 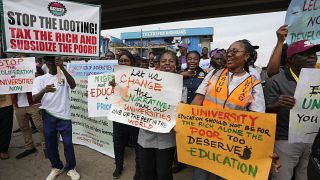 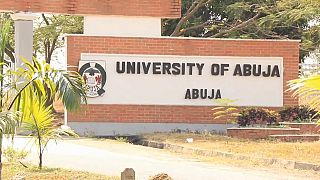