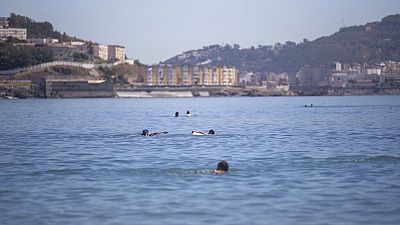 The Moroccan navy intercepted between Saturday and Tuesday 257 migrants "on board makeshift boats, kayaks and even swimming" in the Mediterranean and the Atlantic, according to a military source quoted by the MAP agency.

"Coast guards of the Royal Navy, on maritime patrol in the Mediterranean and the Atlantic, rescued, from 9 to 12 July, 257 candidates for irregular migration, who attempted a perilous crossing on board makeshift boats, kayaks and even swimming," the same source said.

The majority of the migrants were Africans - including women and children - as well as an Afghan and a Yemeni. They were brought "safe and sound" to land after receiving the necessary treatment, the military source added.

These rescue operations come two weeks after the attempted forced crossing of nearly 2,000 migrants into the Spanish enclave of Melilla on 24 June. This migration tragedy resulted in 23 deaths among the illegal immigrants, mostly of Sudanese origin, according to the Moroccan authorities, and at least 37, according to some NGOs.

This death toll is the highest recorded to date at the borders between Morocco and the Spanish enclaves of Ceuta and Melilla, the only European Union borders on the African continent. More than 40,000 migrants, mostly from Morocco, arrived in Spain in 2021 by sea, according to the Spanish Interior Ministry.

In the first five months of 2022, arrivals increased by 12% compared to 2021 but the recent normalisation of diplomatic relations with Morocco has led to a decrease in recent weeks.