Abe, Gadhafi and other political assassinations this century 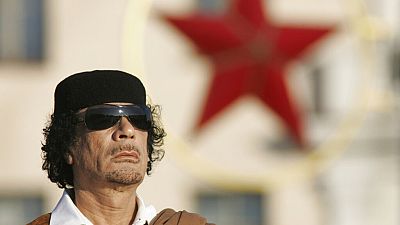 Former Japanese Prime Minister Shinzo Abe was assassinated on Friday by a gunman who opened fire on him as he delivered a campaign speech on a street in western Japan. Africa has also seen its share of assassinations in the 21st century:

Chadian President Idriss Deby Itno is killed while fighting rebels in the north of the country. A few hours earlier, he had been declared the winner of an election that would have given him six more years in power.

Tunisian left-wing opposition leader Chokri Belaid is fatally shot outside his home in Tunis. His assassination - followed six months later by that of another leftist leader, Mohammed Brahmi - plunged Tunisia into political chaos, the effects of which are still reverberating today. No one was convicted in either case.

Moammar Gaddafi, Libya's long-time dictator, is hunted down and summarily killed by insurgents after being overthrown by a NATO-backed uprising.

Guinea-Bissau's president, Joao Bernardo Vieira, is killed by renegade soldiers in his palace, hours after a bomb blast killed his rival.

The President of the Democratic Republic of Congo, Laurent Kabila, is assassinated in the presidential palace in the capital, Kinshasa, by one of his bodyguards, who is killed minutes later by security forces.