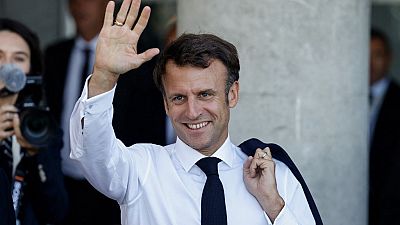 French President, Emmanuel Macron is expected to visit Algeria "soon" at the invitation of his counterpart, Abdelmadjid Tebboune, the French president said in a message made public on Thursday by the Algerian presidency.

"Mr President and my dear friend, I have the immense pleasure, on this July 5, 2022…to send you, Algeria and its people, a message of friendship and solidarity on behalf of France and myself, accompanied by the most sincere congratulations to your country," the letter reads.

In this document, Mr Macron mentions a forthcoming visit to Algeria without giving dates. "In response to your invitation, I will be happy to come to Algeria soon to launch together this new bilateral agenda, built on trust and in mutual respect of our sovereignties," Macron wrote.

The French president added that he hoped that "we can work on it now to put this ambition on solid foundations and set it on a shared agenda".

On Tuesday (July 4), Algeria celebrated with great pomp the sixtieth anniversary of the end of 132 years of French colonisation.

Despite the passage of six decades, relations between the two countries are regularly punctuated by spikes in tension.

The last one dates back to October 2021 when Emmanuel Macron said that Algeria was built after its independence on "a memory rent", maintained by "the political-military system", raising the ire of Algiers.

However, relations have gradually warmed up in recent months and the French president and his Algerian counterpart expressed their desire to "deepen" them during a telephone conversation on 18 June.

On Monday, the French presidency announced that Macron had sent a letter to Tebboune on the occasion of the 60th anniversary of independence, in which the French president called, according to the Elysée, for the "reinforcement of the already strong ties" between the two countries. 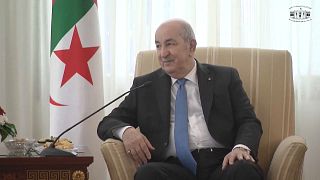