He died in the Barcelona clinic where he was hospitalised in June, more than five years after he left power in May 2017.

He ruled Angola with an iron fist but his imprint did not survive his departure.

His daughter Isabel, dubbed the "princess" and tapped in 2016 to head the national oil company Sonangol, is now being hounded by judges and faces a slew of corruption investigations.

According to reports, his son, Filomeno has also been in prison since 2019, also for corruption.

When José Eduardo dos Santos came to power in 1979, Angola had been in the throes of civil war for four years, following its independence from Portugal.

Some 500,000 deaths have been recorded in 27 years in the war that he led, with the support of the USSR and Cuba, against Jonas Savimbi's Unita, supported by the South African apartheid regime and the United States.

This was the time of the oil boom. Dos Santos made Angola the largest producer of black gold in Africa - neck and neck with Nigeria - but only for the benefit of a tiny part of the population.

Rare in public, he maintains total control over his party, the Movement for the Liberation of Angola (MPLA), which means that he is constantly reappointed as head of the country, where he runs the government, army, police and judges.

- The strategist and the princess -

Under his reign, the media are locked down and the rare outbreaks of popular protest are suppressed.

Outside his borders, his longevity has allowed him to establish himself as a political pillar in the region, where he was a powerful supporter of Congolese President Joseph Kabila, his neighbour.

"Against all odds", Mr dos Santos "has managed to hold on to power despite the challenge of war and elections", sums up Alex Vines, of the Chatham House study centre in London.

He has always been a great strategist," says Didier Péclard, a professor at the University of Geneva. "He knew how to redistribute the favours made possible by the oil rent among a fairly small circle of political clients.

Born on 28 August 1942 to a modest family, Mr dos Santos grew up in the "barrio" or neighbourhood of Sambizanga.

This son of a bricklayer joined the MPLA in 1961 but only briefly joined the armed struggle.

Two years later, he obtained a scholarship to study in Azerbaijan where he obtained an engineering degree and married a Soviet woman, Tatiana Kukanova, Isabelle's mother. He then married Ana Paula, a former air hostess 18 years his junior, and had several children.

In the 1970s, he continued his political rise by joining the MPLA Central Committee. He was the successor to the first Angolan president, Agostinho Neto, and became his chief diplomat upon independence in 1975. When Neto died in 1979, he was invested as head of state by the party, of which he became president.

He then never relinquished power, as elections and changes in the Constitution took place, without ever being directly elected.

In 1992, the presidential election was cancelled between the two rounds after accusations of fraud by his rival Jonas Savimbi.

Another election scheduled for 2008 never took place and the 2010 Constitution allowed him to be re-elected two years later as leader of the MPLA, winner of the legislative elections. 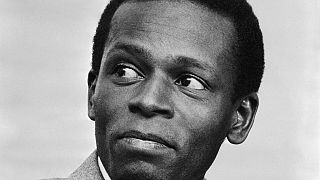