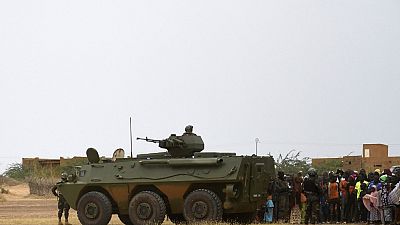 Six Nigerien soldiers were killed and 14 wounded on Monday night in an attack by "fifty" suspected jihadists on the military post of Blabrine (south-east Niger), near the border with Chad, the Ministry of Defence announced.

The provisional balance sheet also shows "17 dead on the enemy side", while "weapons and ammunition have been recovered by the armed forces combing the area", the ministry said in a statement read on public radio on Tuesday evening.

It did not specify the identity of the attackers, who are often identified as jihadists from Boko Haram or the Islamic State in West Africa (ISWAP) group, which was formed in a split from the Nigerian Boko Haram group.

According to the ministry, the attack was carried out "on the night of Monday 4 to Tuesday 5 July" at "around 1am" but "the reaction (of the soldiers) made it possible to repel the attack and to rout the enemy".

This is the second attack in three days in south-eastern Niger, after the one on Sunday in which a soldier died in an assault by "Boko Haram elements" in Garin Dogo, near Nigeria.

Blabrine is located in the department of N'Guigmi (Diffa region) and borders Chad. Its military base has been targeted several times since 2015 by "terrorist" attacks.

In May 2020, 12 Nigerien soldiers were killed and ten injured in an attack attributed to Boko Haram, according to an official report.

At the end of October 2019, 12 Nigerien soldiers had already been killed and eight injured in an attack on the same base.

On a visit to the Diffa region at the end of June, Nigerien President Mohamed Bazoum hailed "good results" and assured that the "war" against the Boko Haram jihadists and ISWAP was being "won".

The Diffa region, bordering Nigeria and Chad, is home to 300,000 Nigerian refugees and internally displaced people, driven out by the abuses of Boko Haram and ISWAP, according to the UN.

Niger also faces the actions of Sahelian jihadist groups, including the Islamic State in the Great Sahara (EIGS), in its western part, where regular and bloody attacks target civilians and the military.