Sudan accused the Ethiopian army of "executing" seven of its soldiers and a civilian taken prisoner, promising to retaliate against this "cowardly act".

"In an act that contravenes all conventions of war and international law, the Ethiopian army executed seven Sudanese soldiers and a citizen who were their captives," the Sudanese army said in a statement late Sunday night.

"This treacherous act will not pass," it added, promising to respond to "this cowardly behavior." The statement gave no further details.

According to a Sudanese military official, the soldiers were captured in a border region near the disputed area of Al-Fashaga.

A border dispute between Sudan and Ethiopia over fertile land in the vast El-Fashaga region of Gedaref state in eastern Sudan has been a major and long-standing stumbling block between the two East African countries.

Clashes, sometimes fatal, occur regularly in this area. They intensified in 2020 with the war between the federal government of Ethiopia and the regional authorities in Tigray, a region neighbouring Sudan, which caused tens of thousands of Ethiopians to flee to eastern Sudan.

Although Ethiopian farmers have been living in the El-Fashaga area for decades, Sudanese troops only moved in after the conflict in Tigray broke out.

This border dispute is fuelling tensions between the two countries, which despite numerous rounds of negotiations have never yet reached an agreement on the delineation of their border. Khartoum and Addis Ababa have also been at odds for more than 10 years over the issue of the Great Renaissance Dam (GDR) built by Ethiopia. 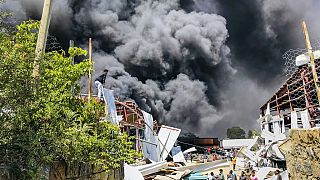