Families of victims of a church attack in southwest Nigeria attended a ceremony on Friday honoring the memory of their 40 loved ones killed earlier this month. The violence at Saint Francis Catholic church in the city of Owo triggered international attention and condemnation including by Pope Francis who said he was praying “for the conversion of those blinded by hatred and violence.”

Police said gunmen hid among worshippers inside the church during a Sunday service as others opened fire on the congregation from outside. Five children are among the dead.

''When we heard the sound of the explosion, so I thought it was the area boys that were fighting. Later on, I discovered it was terrorists." reveals Abel Olatunji, a survivor of the attack.

No organisation has claimed responsibility for the assault but Nigeria's security council suspects the killers to be linked to the Islamic State in West Africa. Jihadist insurgents have been predominantly active in the country's northeast for more than a decade. But until now the southwest region had been spared from their violence. 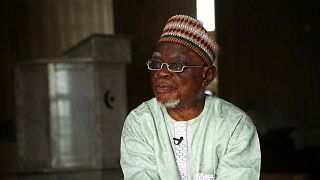 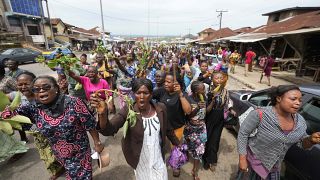