Tunisia is seeking to expand wheat cultivation to 800,000 hectares, part of a campaign to achieve strategic food security and to cut reliance on imports.

The government also plans to increase the provision of inputs to farmers.

The measures planned by the government are a response to the challenges caused by the war between Russia and Ukraine, one of the main grain-producing countries in the world and Tunisia's grain suppliers.

Tunisia imported more than 1.5 million tonnes of wheat in 2021, mainly from Ukraine and Russia.

Supply chain disruptions and sanctions against Moscow have driven up oil prices and inflation, prompting fears of upheaval in emerging markets trying to recover from the pandemic.

The United Nations on Monday begged world trade ministers meeting at the WTO not to impose export restrictions on food for humanitarian purposes, amid a food security crisis.

The UN's human rights chief Michelle Bachelet and its trade and development head Rebeca Grynspan said Russia's war in Ukraine was increasing the risk of hunger and famine for tens of millions of people who are already food insecure or approaching food insecurity.

Countries meeting at the World Trade Organization's ministerial conference in Geneva this week are trying to reach a consensus position on food security.

Mindful of less-developed countries, net food-importing developing countries and those reliant on the UN's World Food Programme, the two UN chiefs said that in 2020, African countries imported about 80 percent of their food and 92 percent of their cereal from outside the continent.

They urged WTO members to "refrain from imposing export restrictions on essential foodstuffs purchased by LDCs and NFIDCs as well as those purchased by WFP for non-commercial humanitarian purposes".

Russia's invasion has heightened concerns for global food security as Ukraine's Black Sea ports are blocked, preventing the country from exporting its produce.

Before the February invasion, Ukraine was the world's fourth-largest supplier of wheat and maize. 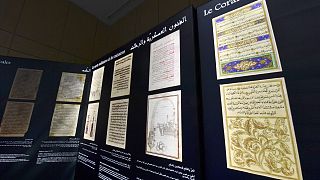