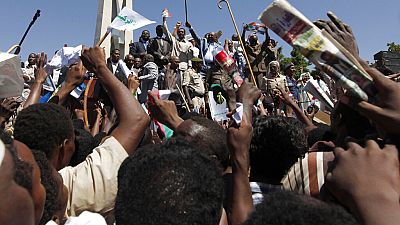 A demonstrator was killed Thursday in a crackdown on ongoing protests in Sudan nearly eight months after a military coup upended the transition to civilian rule, doctors said.

The pro-democracy doctors' union said the protester, yet to be identified, was "shot dead" by security forces in Omdourman, a western suburb of Khartoum.

This death brings to 102 the number of deaths in the repression of demonstrations against the military power in place since the coup d'état led on October 25 by the head of the army, General Abdel Fattah al-Burhane, according to this source.

Since then, hundreds more protesters have been injured and many arrested.

The second round of UN-brokered talks to resolve Sudan's political crisis has been postponed indefinitely after a major civilian bloc defected, a UN spokesman said Saturday.

The UN, the African Union and the East African regional organisation Igad had launched a dialogue on 8 June to try to end the political stalemate in Sudan but the initiative was boycotted by the main civilian blocs.

The Forces for Freedom and Change (FLC), the main civilian group, is demanding an end to the repression and the release of prisoners before any dialogue with the military authorities.