Can Rwanda be a land for refugees to settle? This is a question many are asking as Britains gets ready to send its first group of migrants to the east African nation.

This Transit Centre, houses refugees from Sudan, Ethiopia, Eritrea and Somalia sent by the U.N. refugee agency. After spending a few months in the country, Peter Nyuoni from South Sudan still cannot call it home.

"To me there is nothing I can say, I to want to stay here. No. I just want to go ahead, if it is Europe or Canada I will just go, but not to stay here."

For Sanaa Al Merdas, a Yemeni refugee and now entrepreneur, who's settled in Kigali with her husband, the experience has been positive.

"It's more safe, I can work alone, I can wear what I want, I can… I told you people here are so like welcoming. We didn't feel that we are strangers here. Yes, for sure it is safe country and clean and with nice people."

Rwanda is the most densely populated nation in Africa. Local authorities say the country is already home to more than 130,000 refugees and migrants. Under the deal with the UK, Rwanda will host some people arriving illegally in the Kingdom while their asylum claims are processed. Rights advocates, political groups in the UK and the United Nations have decried the deportation plan.

The first flights deporting refugees from the UK to Rwanda are scheduled to begin Tuesday. 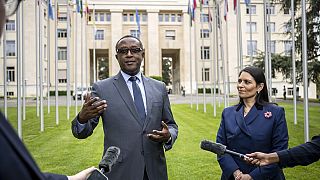 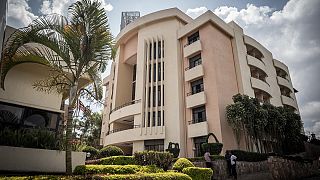